Ways for Security Guards to beat Boredom on the Job 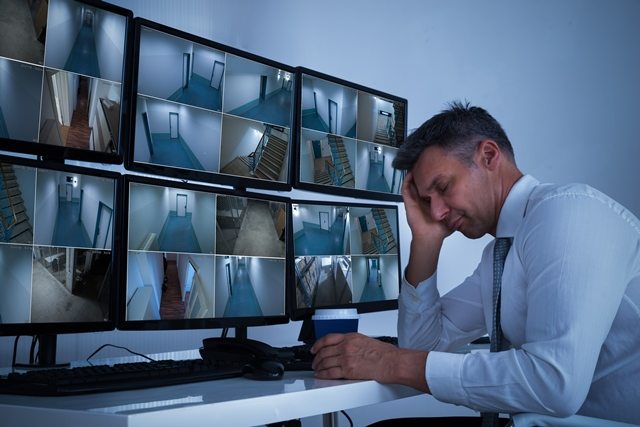 In being a security guard, just like any other job, boredom can creep in but the worst news is letting it have its way. That’s the moment when the unexpected happens, criminals find their way in and just like that you fail the biggest test. Sometimes during your shift, you may be required to sit or stand for hours. You may be needed to stay alert and vigilant with minimal movements. This can be monotonous and to some boring. Some people say that boredom in security jobs should be the last thing to happen as that’s the beginning of trouble. However, we are all human, and boredom will creep in. So since it’s almost a crime to entertain boredom on the job, what can you do to avoid it in the first place?

Walk around
Every time you find yourself sitting for too long in one place, it’s just a matter of time before boredom takes a toll and you may find yourself dozing off. You need to walk around to break the monotony. If you are in a shift which requires you in a particular position and the situation may not allow you to cover long distances, take a few rounds while ensuring you remain vigilant.

Write notes
Your job requires constant reporting. You will be required to record every detail of the events that took place during your shift. Sometimes things happen and if we wait until such a time when we are handing over to the next shift some details may just disappear from our memories. To ensure you note down everything, taking notes once in a while in between the periods which require high surveillance will allow you document most of the details. It also ensures that you do not get bored. So anytime you feel like boredom is creeping in, take a pen, notebook, and jot down the events that have occurred during the shift. This not only keeps you alert throughout the period but also ensures nothing is missed during the end of the shift reporting.

Switching posts
Does your security job give you a chance to access other posts, especially those that involve patrols? Take advantage and ask to change position at least one day in a week or do a rotation. If there is no such provisions, take the initiative and ask your supervisors to accord that opportunity. This will allow you to get off that chair and also expose you to different security activities.

Engage in observation game
When you allow your mind to be idle while on a security job, you not only risk wandering away but also becoming bored. Engaging in an observation game keeps you alert and also helps you in noticing things that may have just passed. You can start by counting the number of people who are dressed in a certain way, or count the number of tiles on the floor or the ceiling. You can also look at the exit doors, alarms, or sprinkler heads among other items. By doing this , you’re not only understanding your environment better but also keeping your mind engaged in such a way that boredom cannot creep in. The exercise also increases your awareness, something that comes in handy in improving your job performance.

While killing boredom is an important aspect in making the job enjoyable, it’s important to know that your job comes first. While engaged in activities that are meant to get rid of boredom or avoid it in the first place don’t lose focus. Criminals strike when least expected and if you sink too deep into dealing with boredom they may take advantage of it. Having said this, I must also emphasize that using these tips will go a long way in beating boredom, making your job exciting.